Posted by KamFatz Posted on February 26, 2016 0 Comments on 10 RULES FOR SUCCESS I learned from watching Conan the Barbarian, Bruce Lee and Braveheart That Gave Me Epic Motivation
Posted in Audience Building Tagged audience building tactics, how to be more successful online, rules for success, warriors code 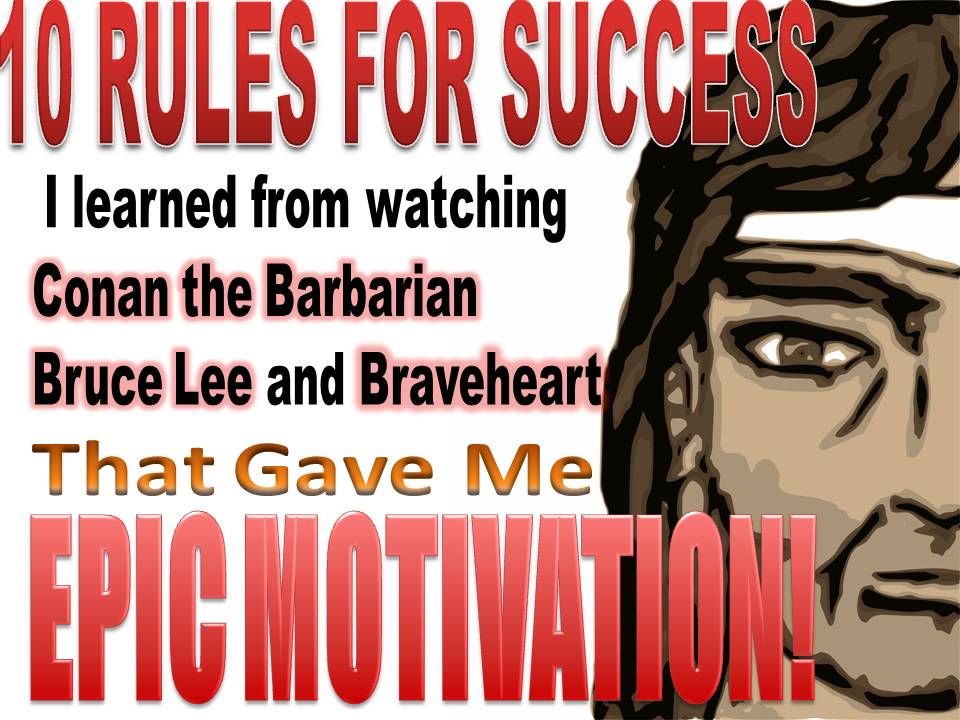 Conan the Barbarian had a code.  His sort or RULES FOR SUCCESS…

Now I am a mid level marketer and I make my money online.  Completely independent of a 9 to 5 job.  Rules for success are important to me, and I’ll get them anywhere I can if I feel like it will help me.  That being said, let’s get back to Conan…

He knew the riddle of steel.  He knew the meaning of life (as it pertained to him).  He laughed at the 3 Winds and cursed Croms name when he was stricken with bad luck.  He was…in essence…a bad ass.

I’ve always loved the idea of a warrior with a code.

I’ve always sort of seen myself as a warrior.  I feel like maybe if I was born in a way back forgotten time…hell…I WOULD have been a warrior.

From Conan to Tarzan, from fictional characters to the very real Bruce Lee…

ALL warriors have a code.  Rules for success to which they adhere relentlessly!

Look at William Wallace.  A 13th-century Scottish warrior who led the Scots in the First War of Scottish Independence against King Edward I of England.

All warriors live and die by their code.

And well…me being a sort of wannabe modern day warrior, I am no exception.

Rule 1. I’m the boss. I do it my way, whether you understand or not.

Rule 2. Unto thine own self be true

Rule 3. Don’t mess around with stuff you don’t care about.

Rule 5. I don’t care what other people think I’m good at.

Rule 7. Plan to win, not to try. Retreat is not an option.

Rule 8. I don’t make money from finding reasons or having excuses.

Rule 10. The World never gets tired of a problem solver.

Alright everyone,  I’m Kam, some people call me ZeroFatz and that’s all I’ve got.  I’ll see you in the next one!