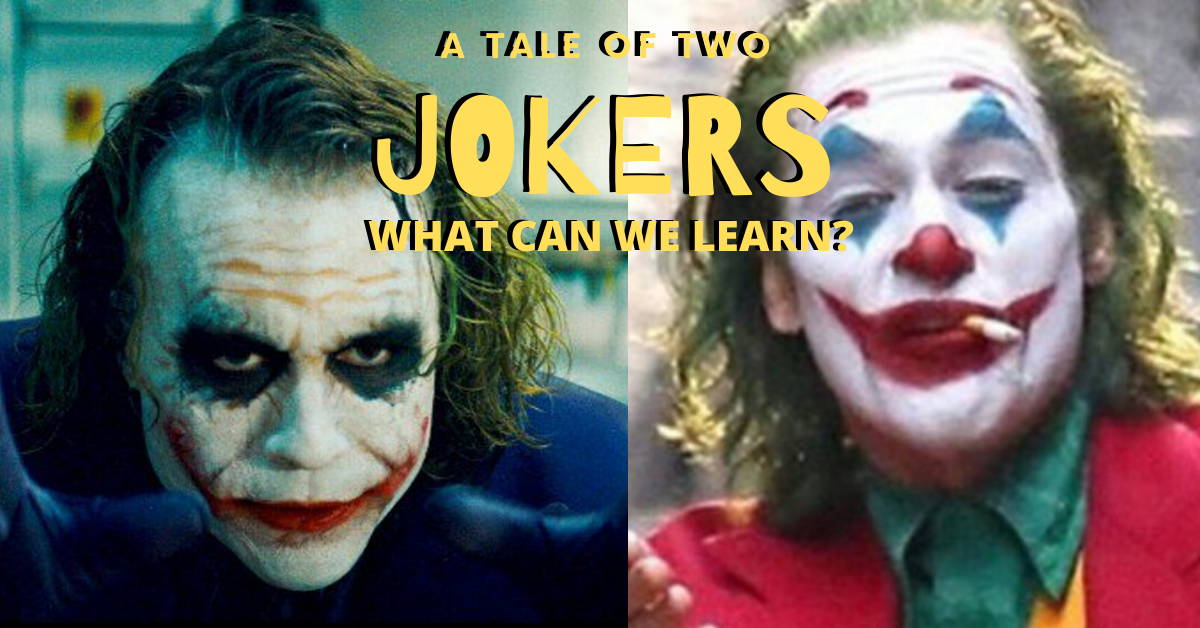 A tale of two jokers…

Have you ever watched a movie or read a book that you acknowledged as a great piece of art or literature but…for some reason you just didn’t like it?

You might not even be able to put your finger on why but for some reason it just wasn’t for you.

I know I have, and it is that exact feeling that can and will keep people from buying from you.

But why does it happen?

Why do we sometimes just dislike things, even when we can see that they are good?

Just recently I finally made my way around to seeing the new film, JOKER, which is an origin story for Batman’s number one comic book villain, The Joker.

It stars Joaquin Phoenix as the Joker and you know…

I didn’t really care for it.

I mean, don’t get me wrong. It was a great movie. Very well done and Joaquin Phoenix is an amazing actor who’s talent shows through on screen.

It was a completely believable origin story.

But to be honest with you, I didn’t like Joaquin Phoenix’s Joker. He portrayed a man descending into madness. He felt completely out of control and was just really scary and unlikable to me.

So, I’m kind of funny in that I like to figure things out that most people would probably just think about for a few minutes and then move on, not really caring.

I wanted to better understand why I hated this movie and this portrayal of a character that was clearly great. I mean, I could see that it was well done. I needed to know why I hated it.

So I went back to my favorite portrayal of The Joker. That of Heath Ledger in the 2008 film, The Dark Knight. After re-watching this film in light of Todd Phillips, JOKER…

…I realized the answer.

Heath Ledger’s Joker is chaotic, violent and scary, but somehow manages to still appear very cool and even a little likeable.

This is a Joker that has schemes upon schemes and he plays them all close to the chest.

It’s an illusion of madness, but he is always truly in control of everything that is happening.

As a result, not just me, but I think many people are drawn to him. We think he is cool.

Joaquin Phoenix’s Joker is chaotic, violent and scary, but somehow manages to NOT appear cool or even a little bit likeable.

Well, Joaquin Phoenix’s Joker is not in control at all. He is descending into madness. It feels like at any moment he is going to be captured by the police and locked away for the rest of his life.

It’s like he’s just a lunatic who has snapped, making things up as he goes a long. I see no true signs of the criminal mastermind that is Batman’s greatest nemesis of ALL times.

You have to remember, the Joker is supposed to be a super villain. Joaquin Phoenix’s Joker is not that in my opinion, nor does he ever become anything that resembles that in this origin story.

So what does this have to do with selling to people? What can we learn from these movies?

I believe that this all comes back to core influence (see Frank Kern’s Core Influence talk, via youtube). Essentially, We are drawn to things that we relate to and things that we aspire to become.

Nobody aspires to become a maniac, but many of us either relate to being the boss or aspiring to be the boss. We love the idea of being many steps ahead of everyone else playing the game.

On the flipside of that, Joaquin Phoenix’s Joker is not something that most of us can relate to, and if we can relate to some of the tragedies of the film we want to put it in our past.

There is very little about that character that we aspire to become.

It’s our core influence telling us that we don’t like this character. Even though our brain might be saying this is a well done movie. It doesn’t matter.

I guarantee you there are people out there who love Joaquin Phoenix’s JOKER portrayal. Just not me, and I am willing to bet not most other entrepreneurs out there.

My point is if you want to make more sales online, be yourself and strive to understand who your market really is. I’m not talking the B.S. mansion and supercars here.

I’m talking about deep down, what do the people in the market you are trying to sell to truly desire? How do you relate to that?

Have you ever created a customer avatar? How deep did you go on it?

If not…then how do you expect to sell anything to them?

If not…then you might not be trying hard or smart enough.

And finally, If not…then you should probably join the ECIC. I’m going to be talking about these concepts on the next Group Coaching call among other things.

I’ll see you in the club. The Insider’s Club!

Kam (aka King of the Typos)

P.S. I have officially declared myself the King of the typos lol. My last email…I really should have proofread it. Sorry not sorry for that lol.