Posted by KamFatz Posted on June 3, 2019 0 Comments on Turning off the Rothkos (or An Infoprenuer in Alexa’s Court!)
Posted in Uncategorized Tagged entrepreneur, how to be a successful entrepreneur, infopreneur, make money online, solopreneur, work from home 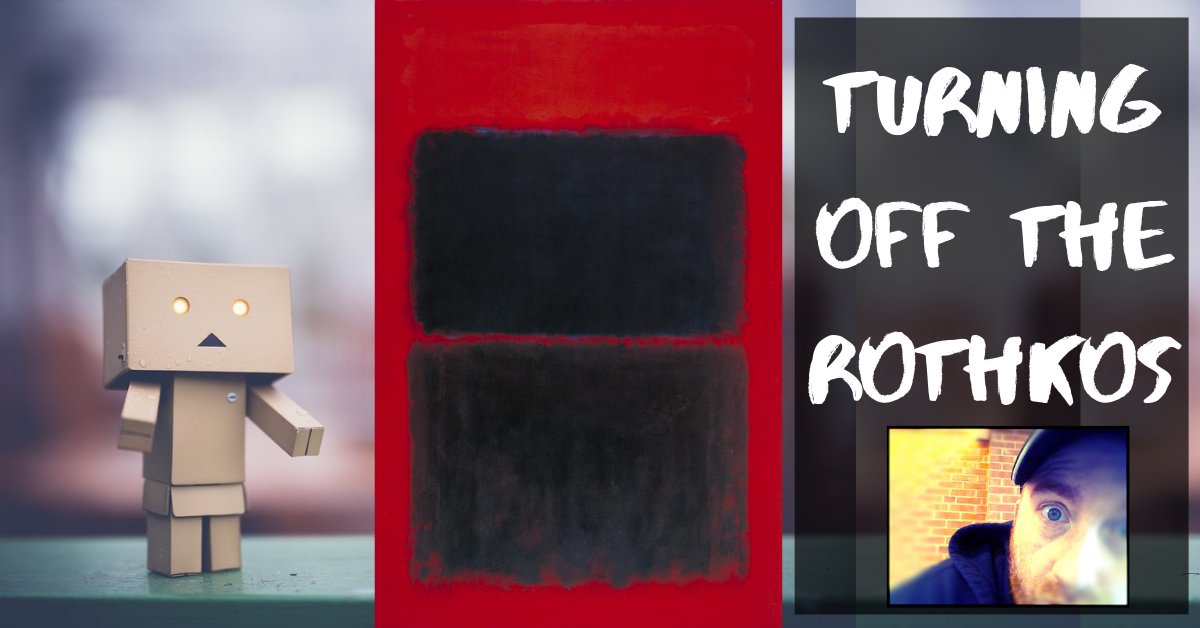 Turning off the Rothkos…

Sometimes information products feel like a faded, worn out Rothko to me…

Do you know about the Harvard Rothkos?

Every afternoon at four o’clock, people gather on the third floor of the Harvard Art Museums to watch them “turn off the Rothkos.”

You see, in 1964 Harvard commissioned famous painter, Mark Rothko, to paint something for them. It ended up being 5 separate canvases of work. Abstract Expressionism in all its glory.

Through the years of hanging on the walls opposite an amazing view of Boston, with curtains on the windows that were hardly ever closed, and being decorations for dinner guests in a working dining hall…

…these paintings grew faded and deteriorated, ripped and torn. This was, of course, a tragedy for a Rothko, being as his work was all about the color.

So they ended up in storage for a while. People assumed they were pretty much “dead.”

Eventually though, Harvard borrowed a solution known as “compensating illumination.”

Basically, they took five digital projectors that had been programmed to light the canvases so that the original colors reappeared.

At four o’clock every day, the projectors are turned off one by one, and the colors revert to muddy blacks and grays.

It’s interesting to me, and I wonder why…

They don’t gather to watch them turn the projectors’ on.

…no, they gather in the evening to watch them shut them down.

If I were to guess why, I would say it is because we as a society are still drawn to the truth.

It might not be as beautiful or as shiny, but it is real. We want to see things as they really are.

Now the glaring flipside of that is that as a society we are so fascinated with technology that sometimes it feels like things get lost. Ideas, disciplines, even entire techniques lost to the age of technology.

It has been proven that we are losing our very memories to it.

Scary. All in the name of convenience and ease.

I feel like the realm of digital marketing is at a time when software rules the day. And right behind software comes DFY and PLR packages.

I recently did a study of the platform I frequently launch information products from, WarriorPlus.

I found that 60% of their Deal Of The Day Awards over the last 3 months have been awarded to products that were software or had a large software component to them.

That’s a sign of the times in my opinion. The Deal of the Day Award is a reaction to the market. And although that is just a small microevent in the world of digital marketing, I feel it probably reflects the whole.

So if that is true…

…then where does that leave the solo “infopreneur?”

…when nobody wants to learn anymore?

I believe in that, and I feel strongly the “infopreneurs” that will survive in this climate will do so because they will find a way to adapt to the adversity of a market that doesn’t really want to learn anymore.

But the whole thing leaves me wondering…

…are Infopreneurs today creating works kind of like those Harvard Rothkos, lighting them with “compensating illumination,” in an effort to appeal to the market? Or…

…are the Infoprenuers today…the Harvard Rothkos themselves, with the market gathering at 4pm waiting for the lights to be turned off?

More ramblings from a solopreneur, still fighting the good fight in a world of robots and self driving autoresponders…

…but none of that really matters.

Is the era of the “infopreneur” almost over?

Do people really not want to learn anymore?

Will we all lose our ability to remember anything and instead delegate the task to a creepy cylindrical computer spy in our living room named Alexa?

Questions, questions, everywhere…and not an answer in sight.

Let me know what you think!