Posted by KamFatz Posted on December 16, 2018 0 Comments on Welcome to the Launch Game…
Posted in Motivational Tagged #inspirational, #motivation, entrepreneur, how to be a successful entrepreneur, motivational 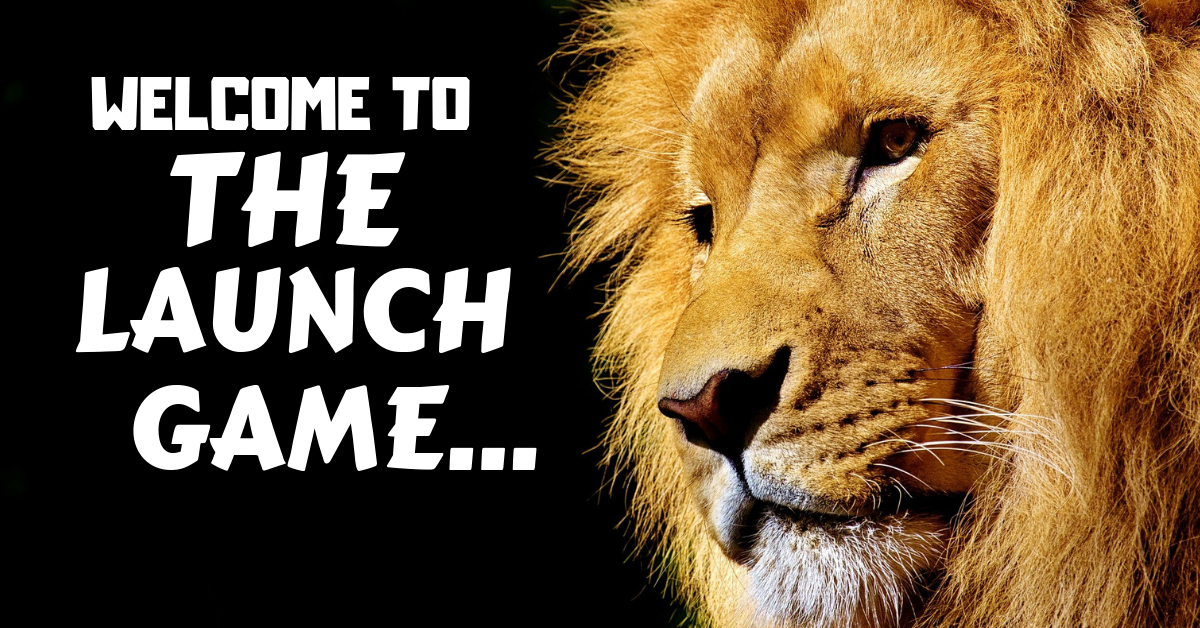 I call it the launch game because it’s competitive, it really is.

It’s the kind of game that will test you to your limits.  Make you dig deep for everything you get. Late nights, and early mornings, missing birthday parties and sending your wife to bed alone…

…the launch game.  It can put you on top of the world in a day and drag you to hell in a night.

It’s made me arrogant at times and it’s taken me to tears at times (and I am not a man who cries easy or often. In fact…maybe tears was a little strong there.)

I think the launch game is a reflection of life itself.

That’s right, life is like a product launch.  Never quite as good or as bad as you think.

I always tell people not to take themselves too seriously, because it’s a marathon.  You aren’t going to win them all but…

…it’s easy to let it ride when you win.  It’s hard when you lose.

How many of you out there feel like your product should have done way better but you couldn’t sell 30 copies?

You couldn’t get any support for it but this other guy over here put out trash and pushed 3,000 units?  He’s been doing it half as long as you’ve been “trying.”

That’s the funny stuff you think about on day 2 of a failing launch.  The kind of stuff that makes you want to pull the plug on the whole thing and give up.

The formula is simple.  It should be easy.

Step 5 – If High conversions, low traffic, then double down on jv recruitment.

I want to give you some advice for this game.

I’m a guy who can push between 300 and 700 units fairly consistently.  Not the best by any means but I have mastered a degree of consistency that I can teach you.

Consistent 5 figure launches still elude me.  I’ve done it a couple of times but not regularly.

Perpetual 1,000 unit launches still elude me.  I’ve done it a couple of times but not every time.

Possible for anyone willing to work hard and be clever enough.

Here are some simple truths for you heading into 2019.

Simple truth 4: The launch game is full of peaks and valleys for everyone involved.  Yes, you will be down, but if you stick around long enough and keep fighting, you will be up again.

Simple truth 5:  There are no friends in affiliate marketing.  So stop getting mad at people because they don’t promote for you.  It doesn’t matter how much time you spent on relationship building.  The affiliate marketer and product vendor relationship is based on leverage, no matter what people might say. That doesn’t mean that those affiliates aren’t your friend outside of your launch BUT it does mean that you cannot count on that friendship to equal affiliate support.  If you want to get affiliate support, you need to make your product and your funnel a win for affiliates. An easy sell and a money train (good sales funnel). Affiliates have businesses to run.

Simple truth 6:  Above all else the customers are the most important thing.  If you launch a product and only 29 people buy it, you better damn sure take care of those 29 people because those are the ones who believed in you and your product when nobody else would.  They truly are the light in the darkness. It’s amazing how easy it is to forget that. Ride or die.

And Simple truth 7:  None of this will matter in 100 years.  Have some fun and don’t take yourself too seriously.  Nobody else is. 😉 I have found that when I just focus on moving forward and trying to get better every launch, I do far better.  Also…laugh and keep some time for your family. Critical distance is a real thing.

That’s all I got!  Hope it helps. Merry Christmas from the depths of Ohio!  ANd I truly hope you have a Happy New Year!