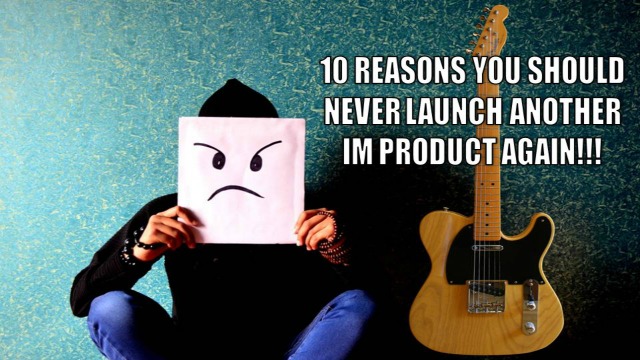 As January 2017 is fast upon us, I have decided to launch my new product, Enter the Foundation, as an exclusive for the Epic Conversions Insiders Club.  In other words it’s only going to be available inside the membership area of the EC Insiders.

Why am I doing this?

Well have you ever gotten really angry about something and then just wrote an email to somebody you hated…but you didn’t send it?  Instead you gave yourself 24 hours..you know…24 hour rule, then you deleted it and went about your merry way.

Here are 10 reasons you should never launch another IM product again: 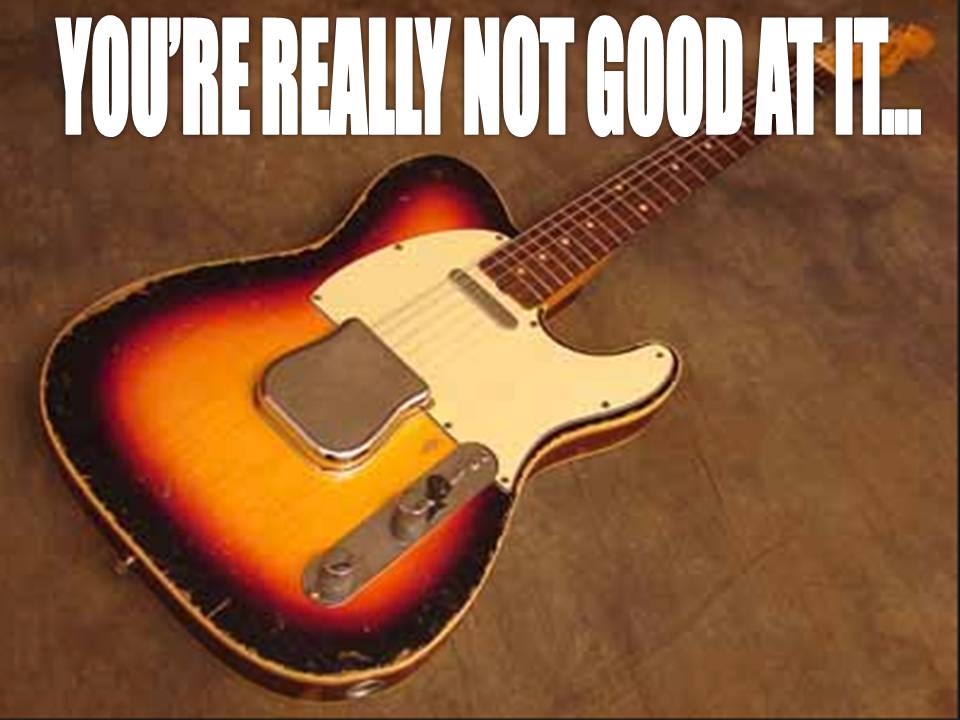 To succeed in the launch game these days it seems like you need to partner up with 10 other marketers and sell your soul to about a 100 high powered affiliates to make 50 bucks.  Also you’re going to have to spam all their friends.

Literally you will feel yourself becoming a less likable human being. 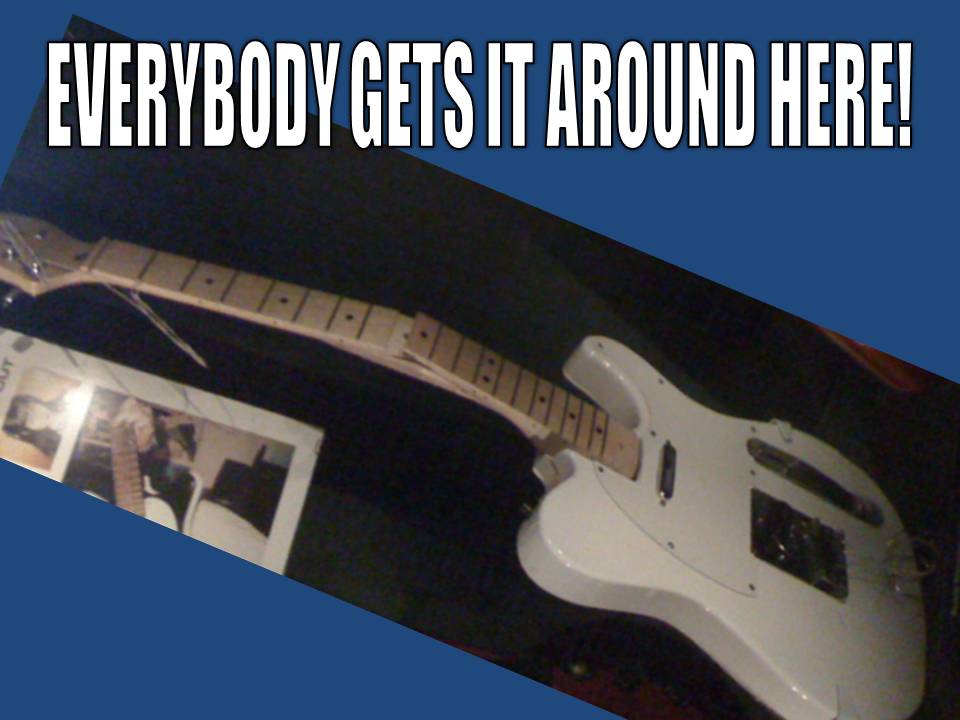 It’s basically like that movie “Cruel Intentions” on steroids.  Have you ever seen that movie?  I swear to God everyone gets it in that damn flick.  Nobody is safe.  I don’t care how goodhearted you are, you’re going to get it if you are in Cruel Intentions.

Same thing in the launch game.  People want to launch early and often.  They want the biggest buzz on the best product and there are about 15 launches a day so you know…somebody’s launch is flopping.  It’s a competitive sport.  Nothing personal, just business…

…except that it is personal.  It’s business AND it’s personal and that shit was unethical. Thanks buddy.  I’ll be sure to give you another review copy. 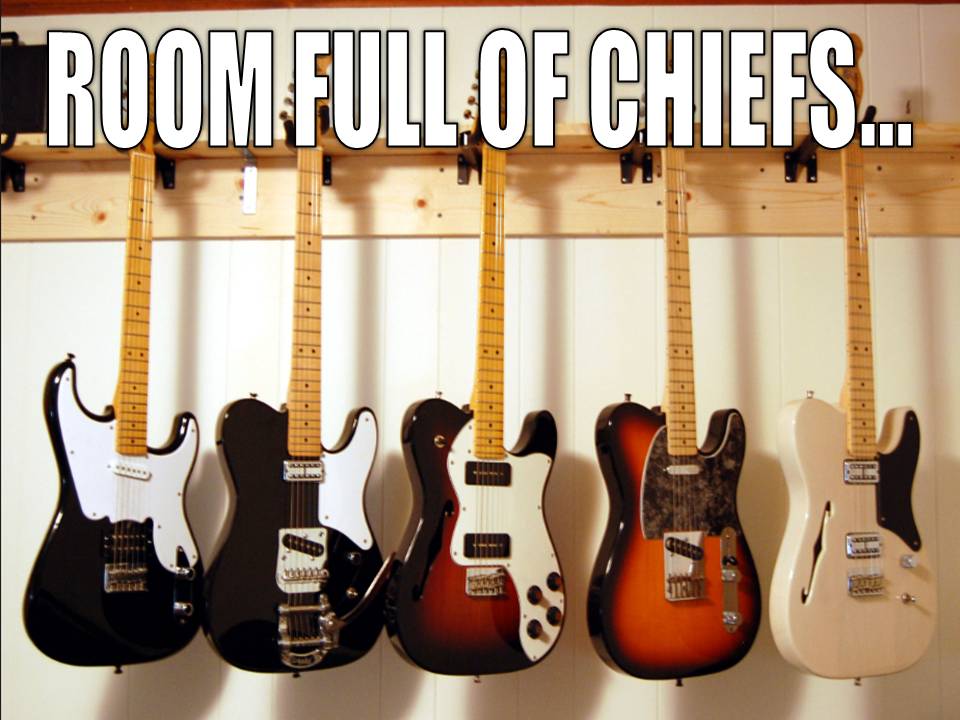 You know when you first start in IM people always tell you to build an audience and start putting out content to help them.  It’s great advice.  It’s how you build authority.

So what happens when EVERYONE is trying to build authority?

Nobody wants to admit they don’t know what they are talking about.

Everybody wants to be an expert whether they are or not.  You can put on a free webinar or a free facebook live stream and a TON of people will agree with you on solid points but NOBODY will ask you questions.  I swear to God it’s like you’re preaching to the choir.

Basically, you get “Room Full of Chiefs” syndrome.  I call it that because of an old saying that goes, “too many chiefs, not enough Indians.”  It’s another way of saying, too many leaders and not enough followers to get anything done around here.

The problem with that is nobody is getting better.  Their minds are closed because they are too busy being “authorities” to learn anything new. 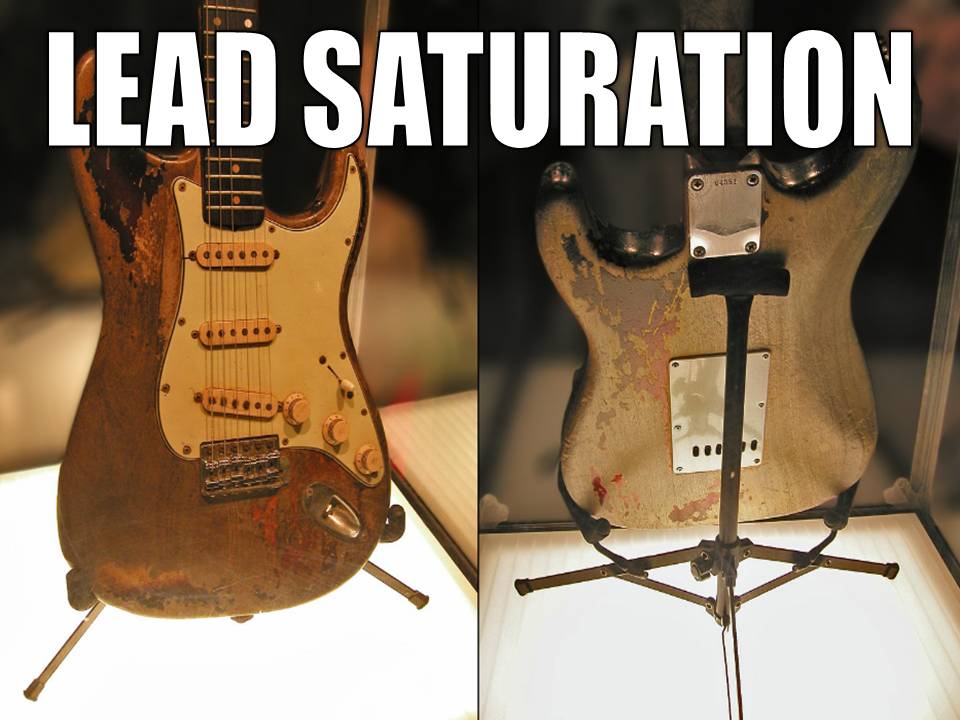 The launch game is a scene.  You have a lot of affiliates who all know each other and are also product vendors as well.  They all promote for each other generally.  The problem is the leads you are putting on your list from this type of affiliate traffic situation are very exposed leads.

They have been exposed to like 100 marketers.  They have seen all the tricks, know all the concepts, and if they DO decide to buy something, they head hunt for the best bonus.

That’s nothing against them…it doesn’t mean they are bad people.  It means they are very saturated leads though.

Ideally when I promote a product I don’t want my leads hearing about the same product from 20 marketers.  That is bad.  The only way that happens is when you have a bunch of marketers promoting each other’s launches all the time.

What happens with a situation like this is everyone’s list becomes less and less responsive.  No matter how good your emails are.

My best leads are those that come from my youtube channel.  They are, for the most part, simply less exposed to the market. 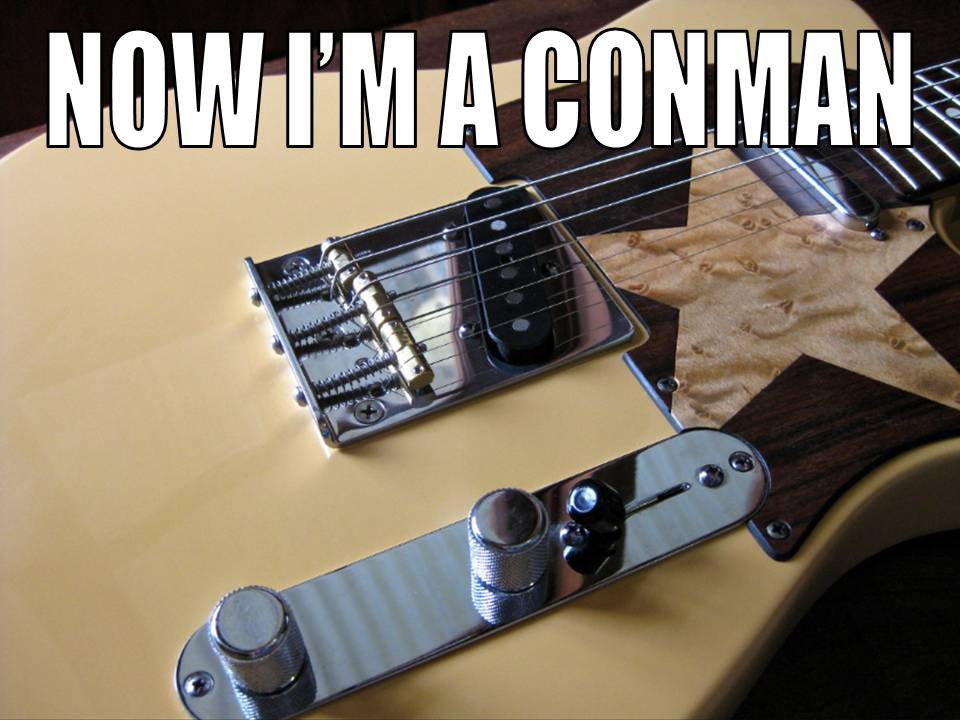 You can be the best guy in the world with intentions of GOLD…try putting out an IM product every month for about a half a year and see how you’re perceived by society.

Literally, if I told people I made 50k a year playing music all over the United States, you know what they would say?  They would say, “dude, you are awesome!  I wish I could do that!”

However, if someone asks me what I do and I say, “I teach people how to make money online…” they look at me like I’m the scum of the earth.  All of the sudden I’m the snake oil salesman that sold your grandma a bottle of muddy water to cure her asthma or something.

In the words of the legendary Shrek… 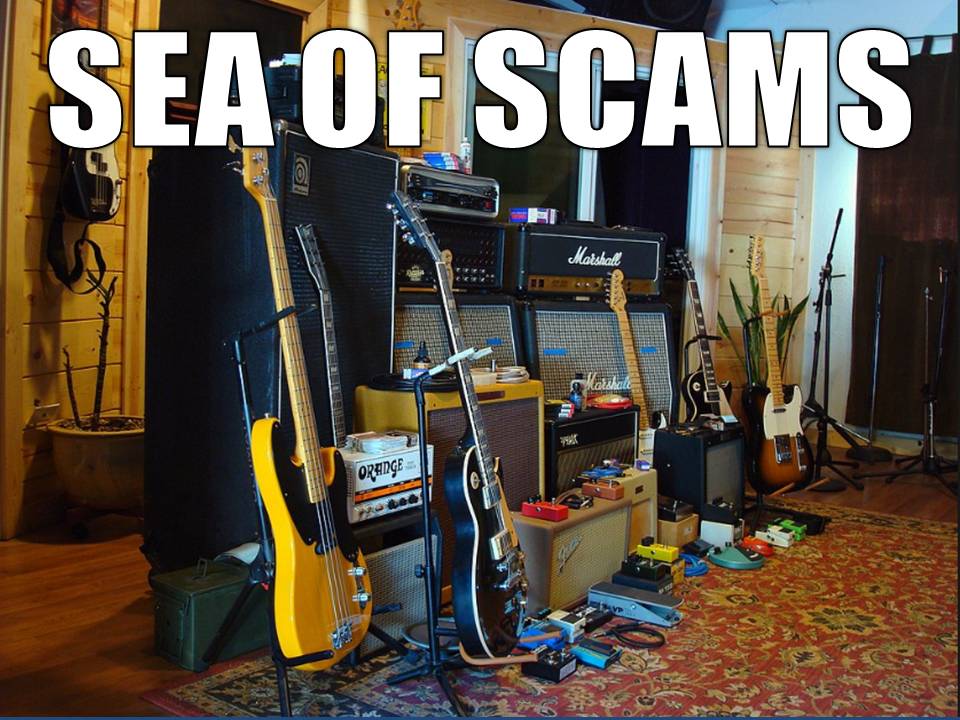 They over deliver on promises with their sales page and under deliver on actual value in their products.  I’ve seen everything from regurgitated content under the guise of a new name to just flat out lies.  I’ve even seen things that would actually get you in trouble if you used them.

Like this one guy who put out a product teaching you how to get an email list in less than 2 minutes.  His big claim to fame was scraping a bunch of niche related emails from the google search engine.

I was like, “Dude…you do realize that this is against the law right?  You cannot just email people without their permission.  All you’re going to do is get a bunch of people banned from their autoresponders as soon as they start getting insane amounts of complaints from those emails they send.

So yeah, IM guys get a bad rap and I can’t say as a group we don’t deserve it. 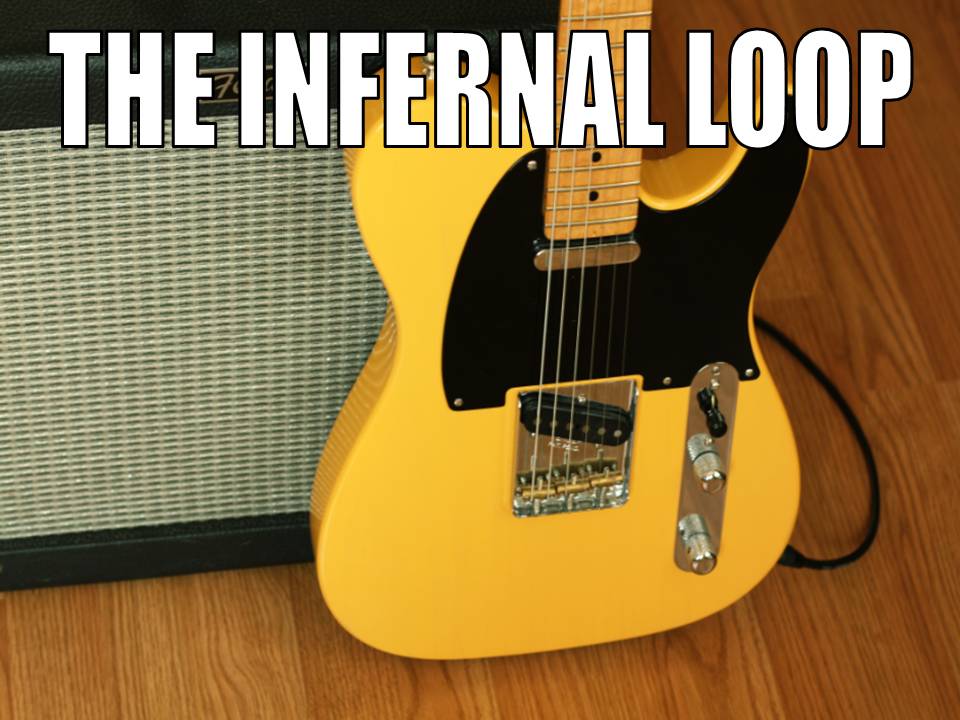 It’s a funny thing because month after month, year after year you keep seeing the same questions come up and new variations of the same answers keep answering them…

…yet there are 15 new products on average being launched a day in the IM space.

You can only lay these steps out so many times:

2. You need to collect emails

3. You need to find good traffic for your content

5. It takes practice to get good so don’t give up.

It doesn’t matter.  People still keep asking the same questions over and over and marketers still keep finding new variations of the same answers over and over.  It’s kind of a loop.  We just keep going round and round.

That can get a little maddening and if you’re not careful you might just grow a little jaded with the whole process. 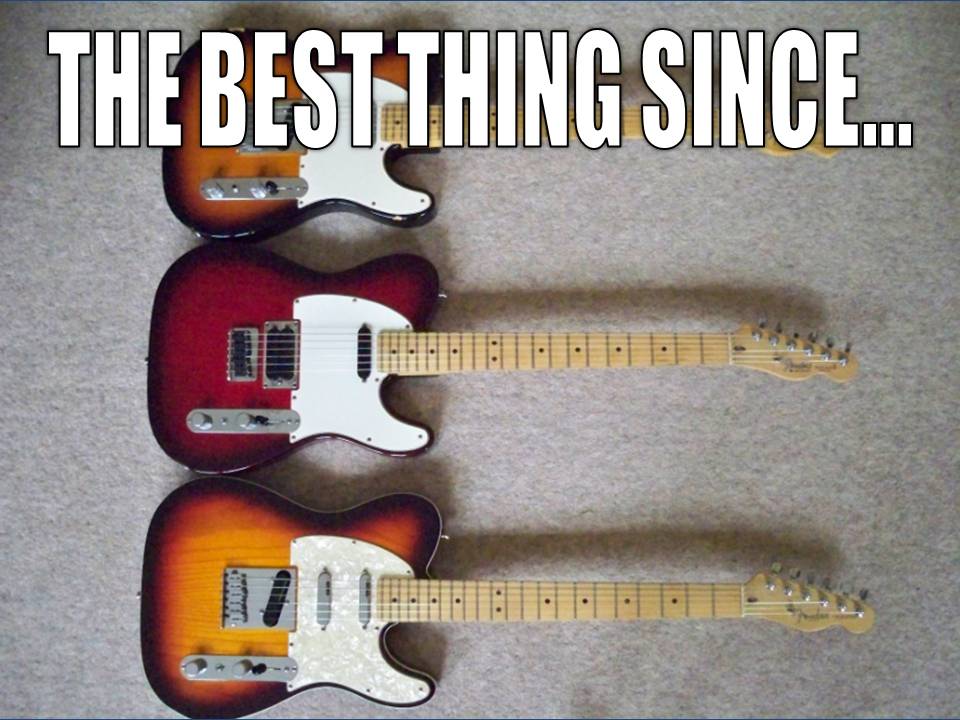 Last month I promoted a product on content creation called Breakfast Embed by a very talented marketer known as Lee Murray.  Great guy by the way and it was a great product. 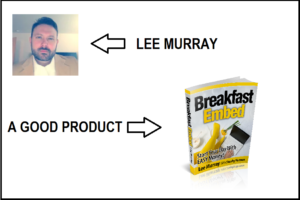 To promote this product I had to explain to people what it could do for them. 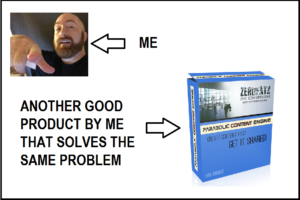 Both products great but in a general way they kind of solve the same problem.  Content.

Well…the stuff I said about Lee’s product to promote it…those benefits ran very close to what I would have to use to sell my product.  So I had to find new ways to promote my product.  Different angles.

It felt a lot like trying to sell someone two washing machines.

Inevitably you are hitting the infernal loop and you are going to be trying to sell people 2, 3 and even 4 washing machines.

DO you have any idea what it’s like to live in a house with 4 washing machines?  Pretty soon you’re electric bill is through the roof, you’re clothes are all dirty because you don’t know which washing machine to use, and honestly you have no idea what the fuck is going on.

And whose fault is it?

It’s my fault, because I convinced you that 4 washing machines was a fantastic fucking idea.

At the end of the day, you need one washing machine to get the job done.

And I’m not saying that more than one way of doing things is bad, because it’s not.  But what I am saying is that most of the people in the IM space are tragically overwhelmed and underproducing.  And that is because they are spreading themselves too thin with too many “amazing” ideas and too many “brilliant” strategies.

One washing machine my friend.  Just get your clothes clean. 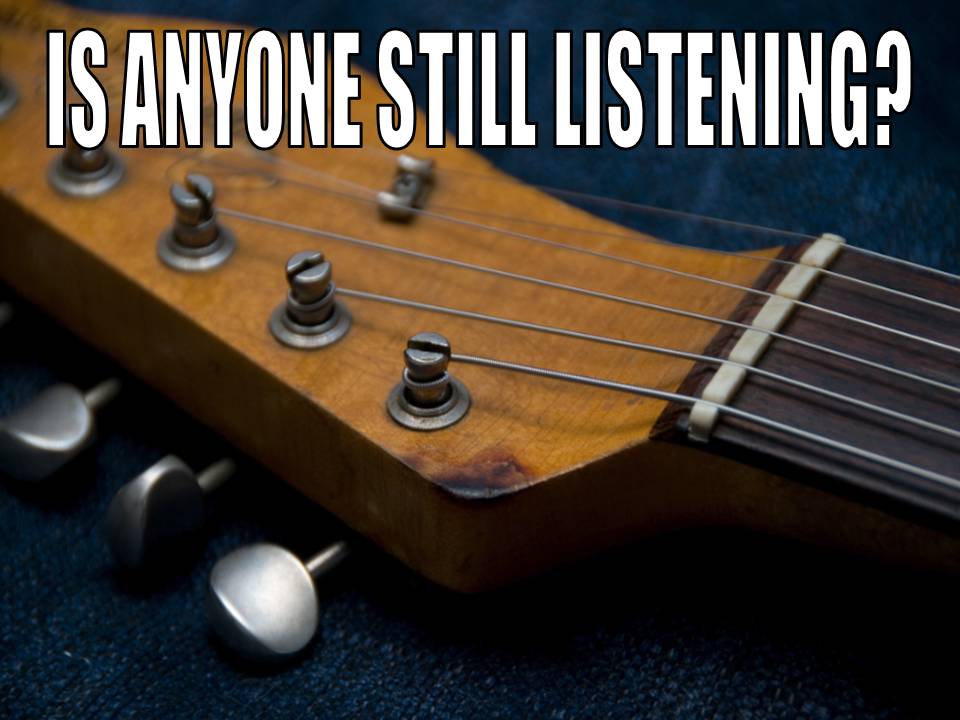 I am sort of getting old.  At 40 I can say that I still like to listen to the radio.  What’s funny is that I noticed radio stations will sometimes latch onto certain artists for a while.   And when they do it sort of feels like you cannot escape that artist.  It’s like even if the songs aren’t bad…now all of the sudden you HATE THEM!!!

I remember it was like that when Alanis Morissette released her Bitter Pill album. It was like, “AHHHHH I CAN’T ESCAPE IT!!! TURN IT OFF!!! I’M BEING ALANIS-ED!!!!”

It happened again with Adel.

But the point is those artists were getting over exposed and honestly we were all just getting sick of hearing them.

When you launch products a lot it’s kind of like that.

People lose their tolerance for you.  It’s like they have been drinking nothing but milk for days and you might be the best damn milk on the planet but by God they are going to want something different eventually.

Screw this milk.  I want soda.

Forget Kam’s course on affiliate marketing.  I need something different.  A new flavor.

You can get overexposed.  It’s a real thing. 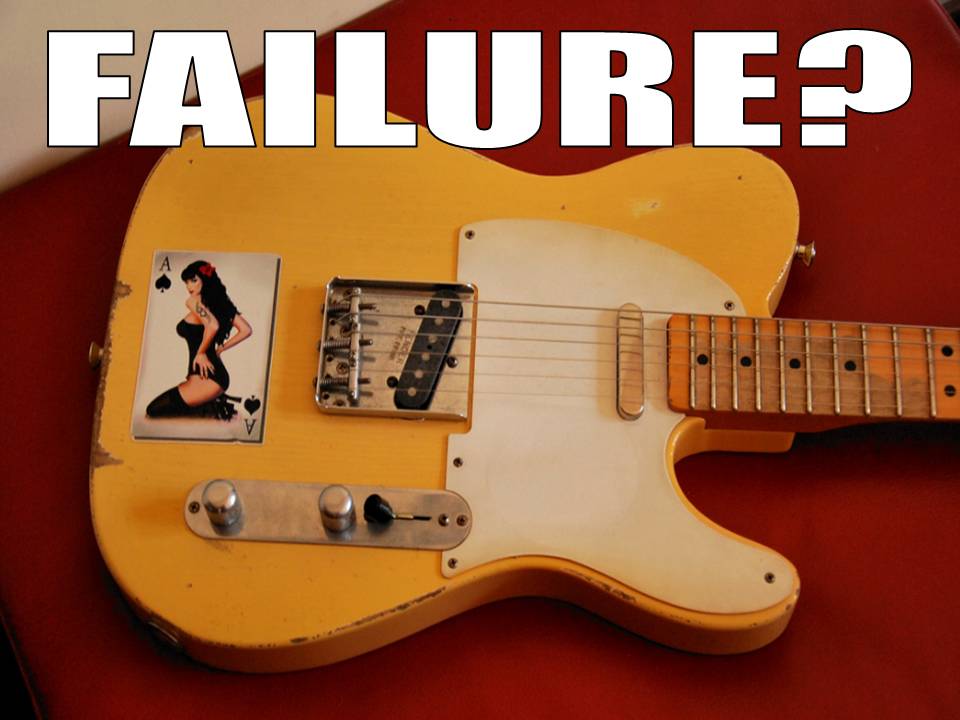 And to be clear let’s define what you will probably fail at:

“The act of creating online assets that have the potential and functionality to earn a profit through various methods of monetization.”

I wish I truly knew why.  I do not know because I do not fail.  I succeed and I watch others fail…even those that I personally teach sometimes.

Here is what I know.  Most people are not about this life.  I can tell them in precise detail what they need to do and why they need to do it and they will gloriously fail to take action…or they will take half action and then putter out…like they ran out of gas or something and no longer have the drive or interest to continue.

IM is a competitive sport and it’s brutal as hell.  You’re either all in or you’re going to be out quick because you go nowhere fast.  And no coach, no all encompassing product, no mastermind group is going to change that.

Your either all in…or you’re out fast. 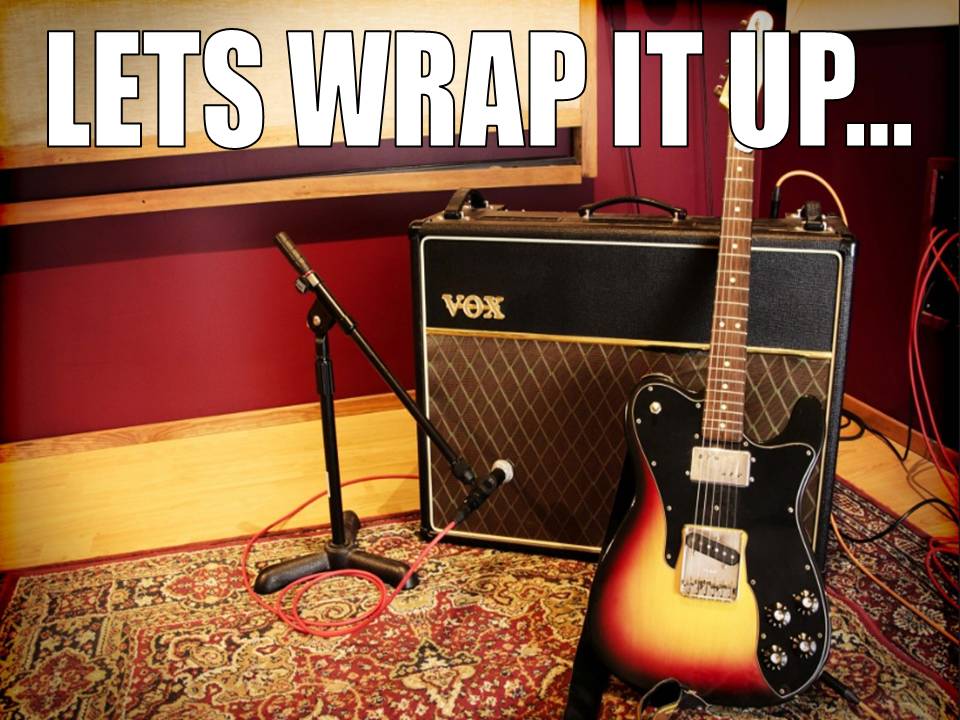 So by the numbers my 10 reasons why you should never launch another IM product again are:

A small disclaimer here.  I can bitch all day on the things I hate about the IM space…at the end of the day I love what I do.  I am a marketer.  I might as well be a goddamned wizard because I pull bags of gold out of thin air.

If you enjoyed this post then be sure to check out the EC Insiders Club.  My next product launch will be an exclusive Insider’s release.  Member’s only.  January 1st, 2017. It’s called Enter the Foundation and it’s all about how I used Facebook to build an audience of over 3,000 people that listened to what I had to say, engaged with my posts, and bought things I recommended.

11 thoughts on “10 reasons you should never launch another IM product again!”