What the hell is The Packard Effect?

It’s a term that I made up to describe a certain phenomenon I was experiencing in my email marketing endeavors.

To put it really basically, what I found was that the more choices I gave my email subscribers, the lower my conversions on any one choice became.  Maybe that sounds basic to you or maybe it sounds confusing…but to me it blew my mind.

So the idea of saying to someone in an email, “Hey check this product out!” and then later in the email saying, “Hey sign up for my facebook group while you’re at it!” seems really fantastic.

I’m a marketer…let me get REALLY SNEAKY here.  How about if I give them instructions like:

“So what do you do next?

Step 2. Go to my blog and comment on this blog post and tell me what you thought!”

The idea of doing that seemed brilliant to me and I could squeeze every ounce of juice out of my emails.

What I found instead was that doing either of those above scenarios, whether giving options or giving instructions, resulted in less conversion on either option.

MAN!  Annoying!  I hate it when things don’t go the way I want them to!

It sent me on a wild ride down a DEEP rabbit hole that we can call “choice architecture.” 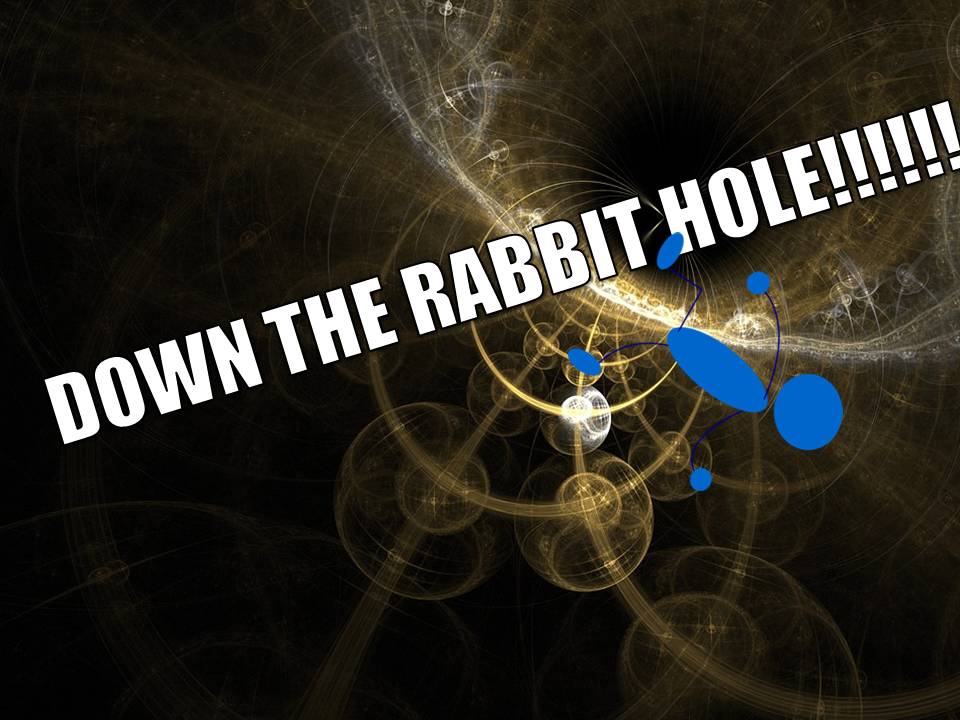 [thrive_testimonial name=”Wikipedia” company=”” image=”http://epicconversions.com/wp-content/uploads/2016/08/wikipedia.jpg”]Choice architecture is the design of different ways in which choices can be presented to consumers, and the impact of that presentation on consumer decision-making.[/thrive_testimonial]

Put simply, it’s how people respond to more choices, less choices, and the KINDS of choices you put in front of them.  Then building choice structures based on THAT.

There have been a TON of experiments and studies done on how people respond to choice.  One such experiment, we can call it the Iyengar & Lepper Jam Experiment, dealt with a bunch of different jams. 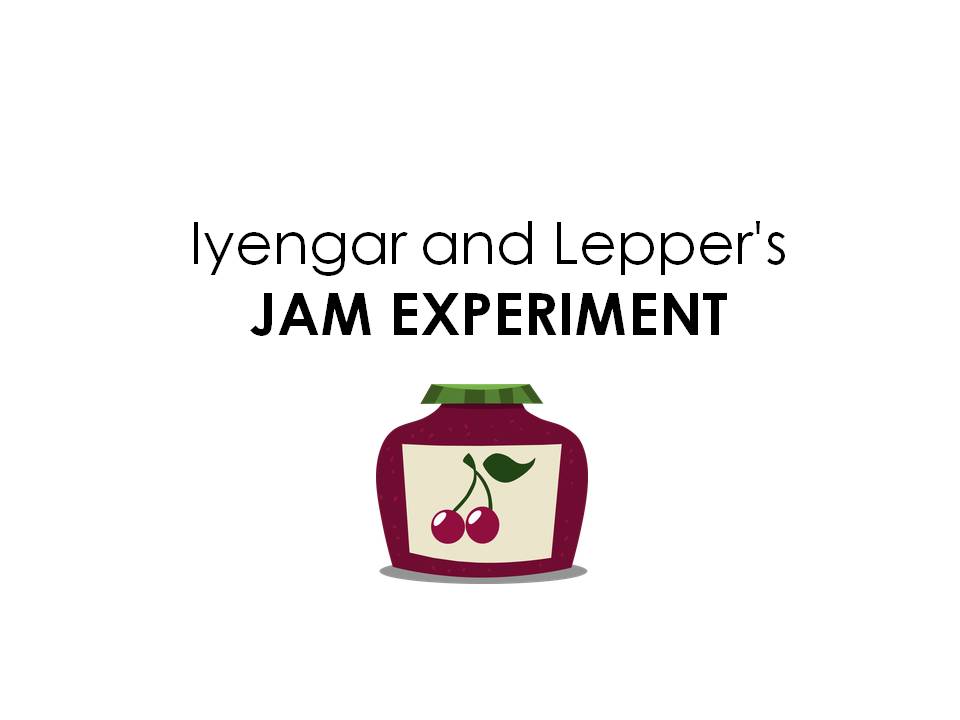 What happened was Iyengar & Lepper set up shop in a grocery store, with 2 sample tables.  On one table they had 6 different flavors of jams for customers to try and on the other table they had 24 to try.

Shoppers were invited to stop by the tables, try as many of the jams as they wanted, given a $1 off coupon for that brand’s jam, and then left.

Now what happened was the table with more variety did attract more customers (60% of those who walked by), than the table with fewer jams (40%), suggesting that the availability of more options was, at least initially, appealing to people. 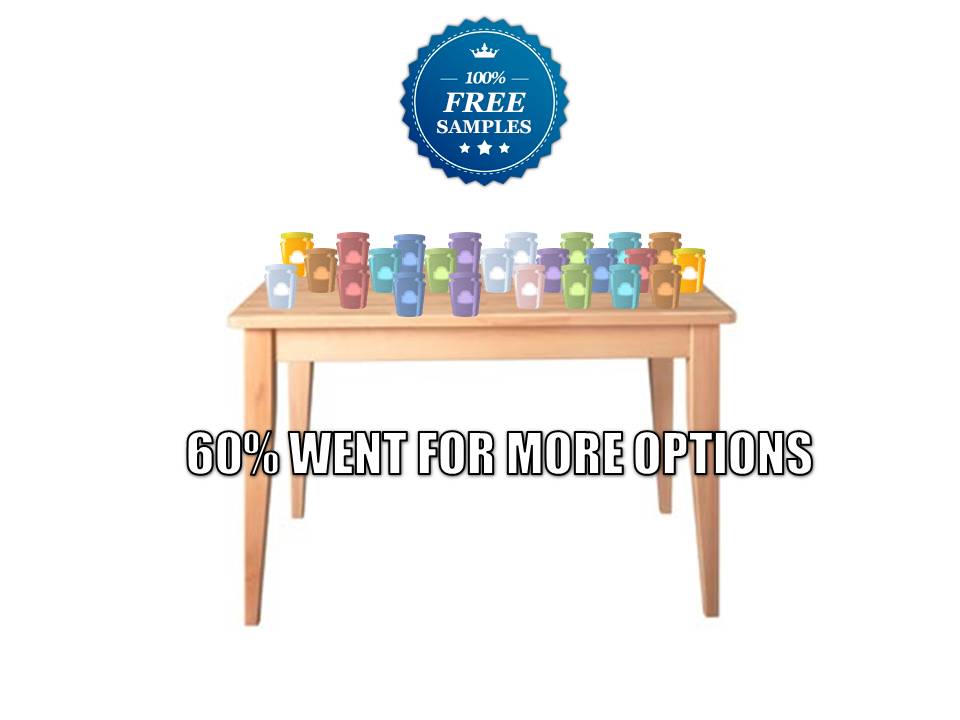 However, there was no difference between the average number of jams sampled: whether the table had 6 flavors or 24, people only sampled about 1.5 of them, on average, and apparently, no one ever sampled more than two flavors.

It gets better though…

Because the customers were given coupons, their purchases could be tracked.

Remember the people who stopped at the table with only six flavors? Well, about 30% ended up later purchasing jam. 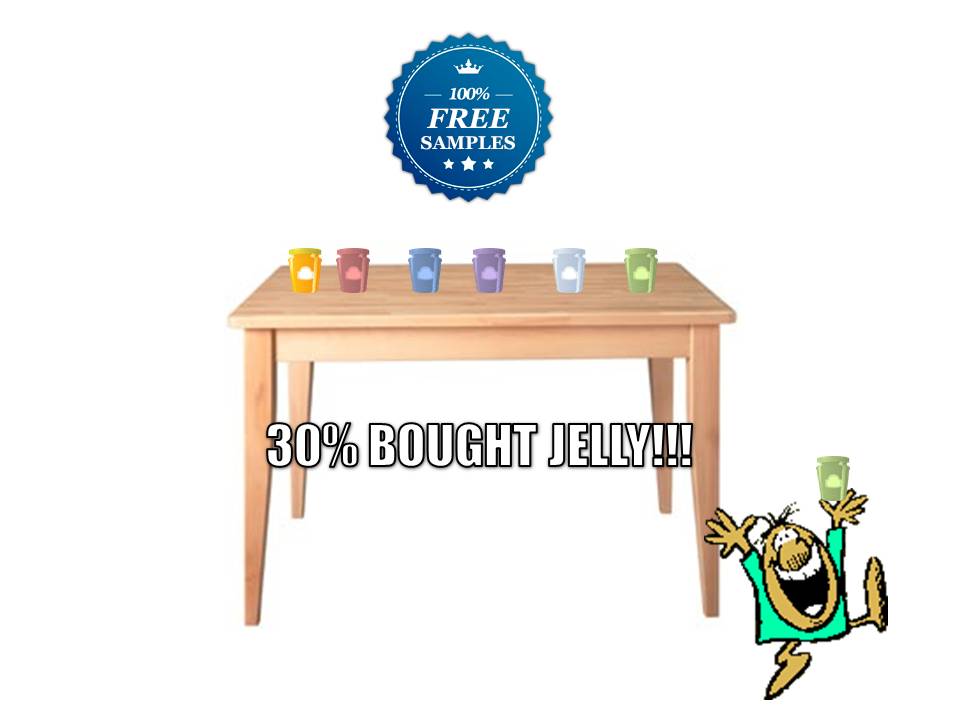 The people who went to the table that had 24 flavors?  Only 3% of those customers ended up buying jam.

I don’t need to tell you that’s a huge difference.  The implications of that whole thing suggest that people take more action when presented with fewer choices.

That whole “Jam experiment” was really just the beginning of all the crap that I studied but I’m not going to waste your whole day with a bunch of research stories.

At the end of the day here is the bottom line. 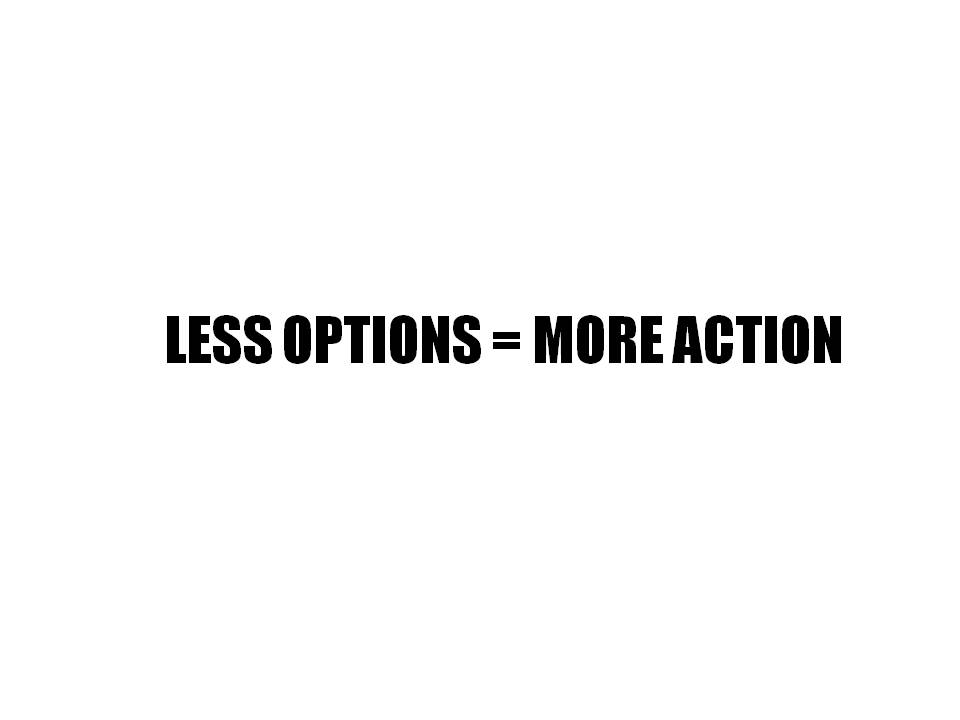 In my email marketing, I have a rule I like to call the Packard Effect.

It tells me that the more links I put in emails that go to different places, the less successful any of those links will be in converting leads.

Why do I call it the Packard Effect? 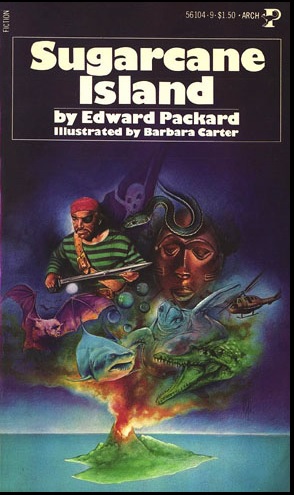 Remember Choose your Own Adventure books?  They were invented by a guy named Ed Packard way back in 1975.  I always liked them.  And I’m a fan of giving things cool names.

Or in the words of Kanye West…

“Because my life is dope, and I do dope shit.”

I want you to consider this scenario for a second to really illustrate what I am saying to you here because I feel like it’s important.

Let’s say you have an email that is making an offer to your list for a product that you think is really cool.  Now, let’s say in your signature you also offer people to go sign up for your facebook group.

So the people that open your email have 4 choices.

Hypothetically, let’s say you have 1,000 people open that email and 300 of them like what you’re saying and they take action because this product looks sweet!

200 more are not sure so they scroll down and see the link to your facebook group.  They click on that instead because…hell, why not.

300 more get annoyed that you sent them another sales email and they don’t click on anything.  They cuss you out in a real banger of a reply.

Then that last 200…let’s say they click through and buy the product, but they do it in a new window so that way they can also click through and join your facebook group.  Wow, what an awesome group of people right?  Let’s segment that group lol.

That is 4 variables…and if I’m being honest…I really over simplified it.  In reality, there are a lot more variables.  But our problem as email marketers is a simple one…

How do I send an email that is designed to make me money AND help my people as well?

What I have found is that to increase my chances of success I need to eliminate options because by doing so I eliminate possible variables.

If you look at our example above, if I took away the facebook group option, I just eliminated 2 of the 4 variables.  Now they either have an option of clicking through or not clicking through. 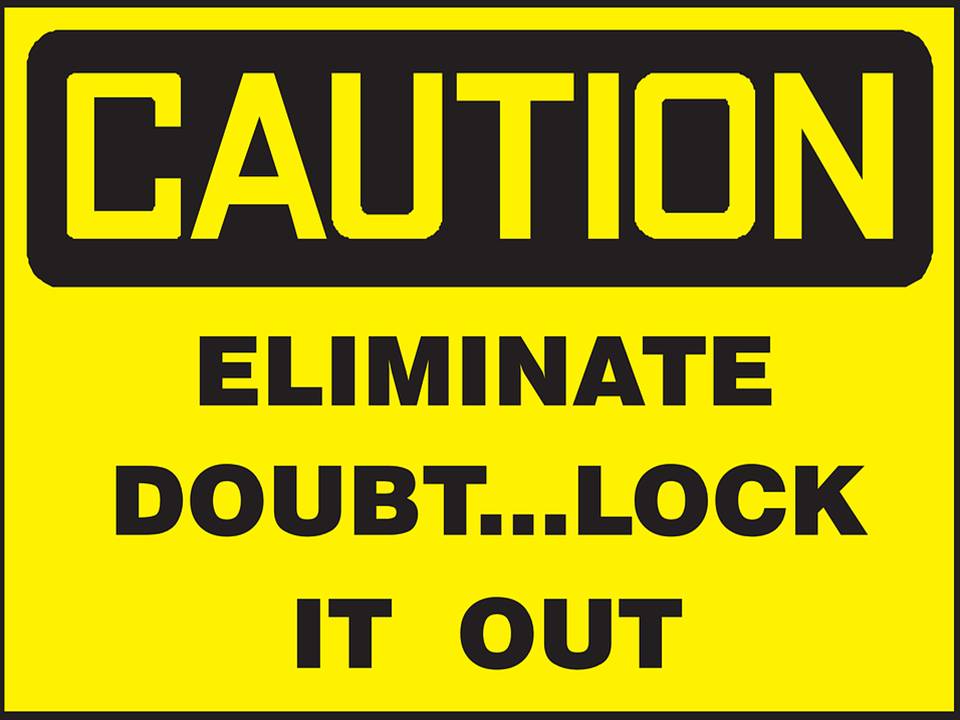 Statistically, that is a huge difference.  I just cut potential variables in half.  That will and DOES double my chance of conversion on a per lead basis.

I call it the Packard Effect and it works for me.

On August 29th, I am going to release a new book I just wrote called Offer Kings: 10 Ways to Re-Frame ANY Affiliate Offer and Maximize Profits.  It’s a great book that is going to teach you how to get your emails to make even more money and get even more conversions. 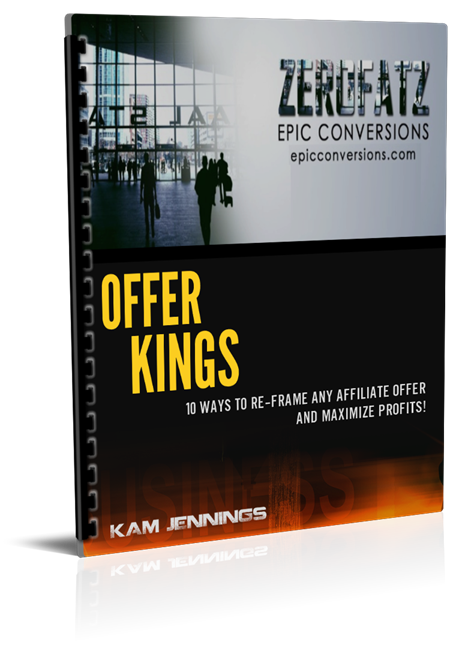 It has been said that 90% of all online businesses fail within the first 120 days.

Understanding things like the Packard Effect and the strategies taught inside the Offer Kings can be the difference in whether or not your online business succeeds and you get to be the hero…or it fails…and you go back to work for someone else.

I’m Kam some people call me ZeroFatz and that’s all I got!