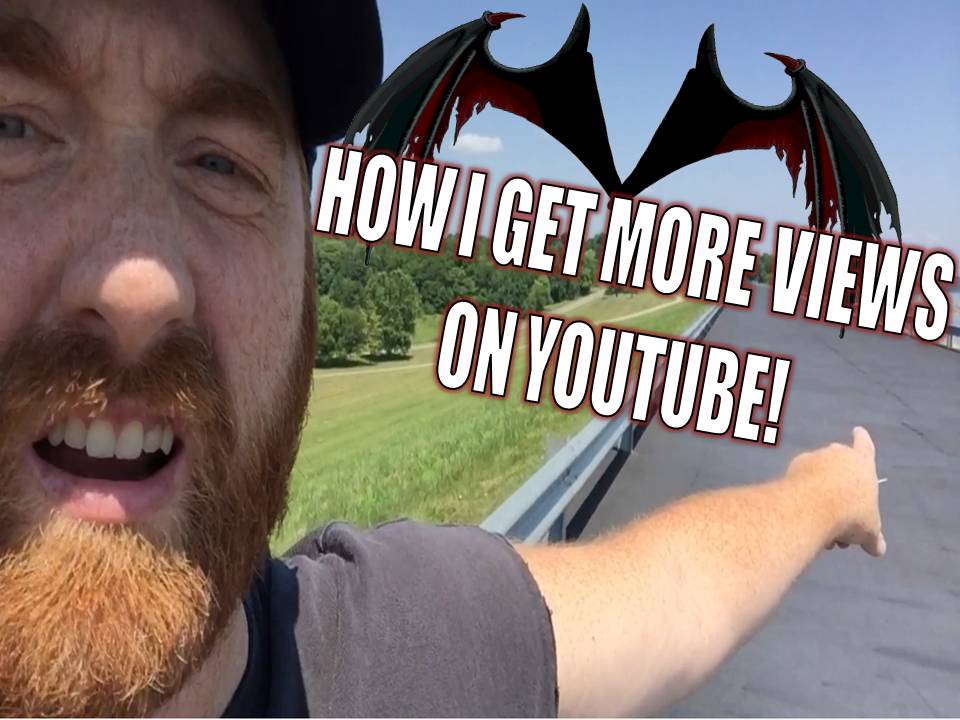 I’ve never been a big fan of SEO.

Ever since college and researching the nature and goals of what google founders were trying to achieve, I’ve always known that the best way to optimize your online stuff is by optimizing it for humans, not search engines.

That surprises some people when they look at my youtube channel because they see like 12,000 subscribers and somebody behind it that doesn’t care whole lot about SEO.

The next question out of their mouths is inevitably, “Well if you don’t care about SEO then how the heck are you getting views?”

And the truth is I do something that I call human psyche optimization, or HPO for short.  Now if that sounds stupid to you, that’s okay, I completely made up that term.  However, that’s what I do.  I optimize my stuff in a way that humans will respond to it.

SO your next question might be, “Okay Kam, that’s great man HPO, whatever…how do I do that?”

Well there are a lot of little things I do to achieve that but let me give you 5 really important ones right here.

Never underestimate the power of a great title.  Not too long ago I published a video called “My Coaching Student is Horrible! | Leaked Coaching Session.”  It was a simple spoof video where I was pretending to coach Gandalf the Grey from Lord of the Rings.  But the title suggested something negative.  That video outperformed all my other videos for the first 48 hours by double.

Only one reason.  That title suggests something negative.  You know…the same reason people like to go to the races.  They want to see the crashes.

Now there are a lot of ways to use title to inspire views, but the negative connotation is definitely a powerful tool in your tool belt.  Just don’t abuse it, or you’ll end up with a bunch of depressed angry people.  Try to keep things flowing in a positive direction.  Remember the video I told you about had a negative connotation in the title but it was meant to be funny.

The other thing I will say about titles is that I am a fan of the double title.  It helps to expand my reach a little bit.

The video thumbnail is the titles brother.  Generally what I like to do is take a screen pic of part of my video and then put a shortened version of my video title over top of it.  I want that title to pop.  I want it to stand out.  I usually use powerpoint to do this.  You can use whatever you want.

So what’s an example of what I mean?  Well that video I was talking about above:

For my thumbnail I might slap this on a picture:

Why?  The thumbnail is about an explosion of sudden impact.  It is meant to grab attention as well as peek interest.

I noticed instant increase in views after I started taking a little more care on my titles and thumbnails.  It makes sense too.  Both of these things focus on the idea of optimizing for humans and the way they think (HPO)

There are a lot of people out there selling courses on how to rank youtube videos and how to do SEO for youtube videos.  Before you start listening to them and jumping through all those SEO paint by numbers hoops…make sure you check out their channels.

How many subscribers do they have?

How many people are commenting on their videos?

How many views do their videos actually have?

The truth is it’s not too hard to rank youtube videos.  The other side of that truth is that ranking a youtube video does very little for you in most cases.  Especially if nobody cares about your video.

I have about 12,500 subscribers on my youtube channel at the time of this writing and I’m telling you to stop wasting your time optimizing for search engines so much.  Start focusing your time and effort on optimizing for humans and how they think instead.  You’ll see far greater and far more sustainable results.  And the best part?  It’s evergreen strategy.  The way humans think changes a lot slower than the google search engine.

If you find somebody out there with more youtube subscribers, more views, more comments per video than me and they are telling you to memorize some SEO bible or something, then I say fire me and listen to them.  Until then, I would give what I say a chance.

When you are doing video, your number one goal is to get to your natural self as fast as possible.  The fact is when you start doing this stuff, you go weird as soon as you hit the records button.  You start trying to be the person that you think you are supposed to be.

“Hey I am doing a tutorial about wordpress, well clearly I need to sound smart and technical so that people don’t think I’m an idiot right?”  And that’s just that subconscious mentality affecting you.  Many times you aren’t even aware your doing it but if you combine that with the fact that your nervous because you’re doing some shit you’ve never done before…then that equals a whole bunch of awkward and flat videos.

So always be striving to be yourself when you hit that record button.  The comfortable you that is chilling with his buddies on a Saturday night.  That is the you that is going to get people to care about what you have to say.

Whatever feels the most comfortable to you and gets you closer to your natural self, use it.

Me, I happen to be a blunt and honest dude, who doesn’t know everything and ok talking about it.  Also I am a shitty dresser,  I hate shaving for the most part and I can be an arrogant bastard.

On youtube and with video marketing…those things are all my strengths because they are me.  They are real and whether people relate to that or not…they are attracted to the honesty of it.

Play to your strengths and own who you are.  That is the person people are going to watch.  There are people out there with more money than you, better ideas than you, greater sense of style than you, smarter than you, more accomplished…

…and none of that matters if you can play to your strengths and be the real you.   It’s the thing that you have that is completely unique.  Your place is the only place they can get that.

If you get on youtube and decide you’re going to shoot every video in front of a black backdrop, then here is what happens.  People start to associate you with that black backdrop…and that’s kind of cool from a branding aspect but what else happens?

They start to anticipate what to expect.  They know what is going to happen because it’s the same thing that happened last time.  And that is not cool.

It’s not cool because people start tuning out when they know what to expect.  It’s like when you drive to work every morning and you barely remember anything about the drive.  It’s the exact same drive you took yesterday and the day before that.

Their mind goes on cruise control and they aren’t listening that much.

That’s a problem if you are doing videos where you want somebody to take some kind of action like, subscribe to my channel, or go to my website, or buy this product.

So change it up man.  If you do this video in front of a black backdrop, do the next one while your walking at the park, maybe do an interview next, then after that maybe you do one with a whiteboard.

Don’t be predictable with your videos.  Never let them know quite what to expect.  By doing this you will keep them actively engaged with what you’re doing and create more impact.  On the internet impact is always good.

If you watch my videos you will notice I’m always switching it up.

So the bottom line is this.  Optimize for human thinking.  These 5 things help me get more youtube views on my channel:

Anyways, I’m Kam, some people call me ZeroFatz and that’s all I got!

I’ll see you in the next one!

2 thoughts on “5 Ways I get More Views on YouTube!”