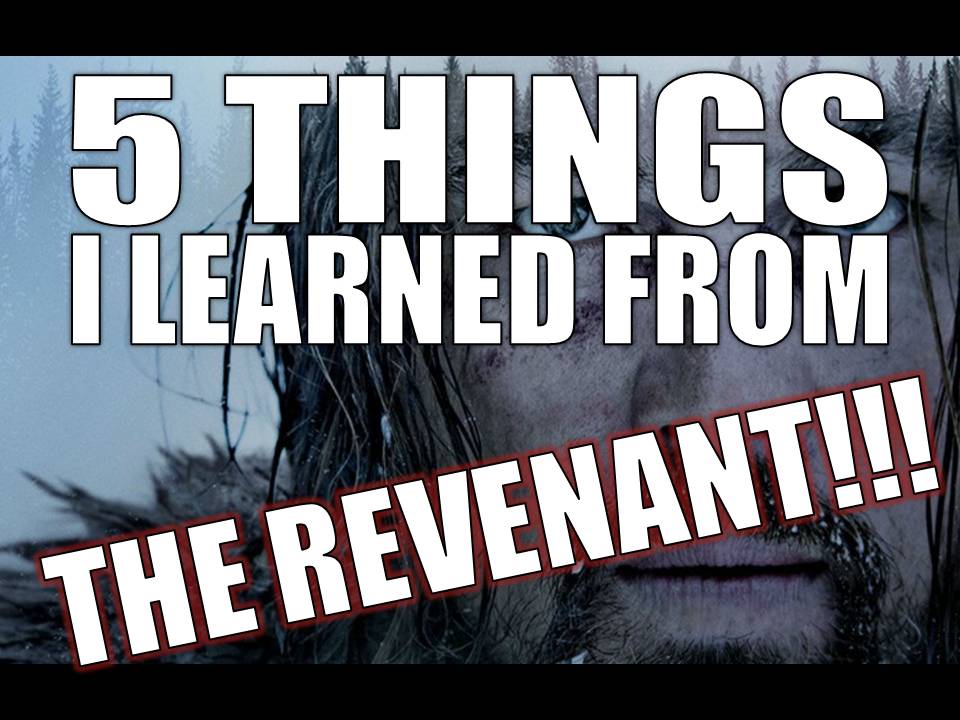 I watched the Revenant last night…

…well most of it.  I started falling out at about 1am.  Not because the movie was bad…the movie was amazing.  But I have been pulling pretty long days since I started this launch cycle for Affiliate Rising.

Anyways…like I said, this movie was scary awesome.  The scene with the Grizzly Bear attacking Hugh Glass (the main character) was absolutely painful and fantastic at the same time to watch.  It was extremely realistic to me, even down to the bear breathing hot air on the camera.  I’m not even sure how they did that but it looked spectacular.

It occurred to me today that I could do a blog post on this whole movie.  Maybe even anytime that something inspires or moves me on some level…I should be able to conjure up a blog post about it.

I mean, I am in the business of motivation, inspiration, and helping people make more money.  It seems to make sense to me that if something inspires me, then I should be able to transfer that energy somehow or someway into something creative that can do the same for others.

I think that is a good lesson for anyone who wants to be an affiliate marketer.  Be relentless in your imperfect action.

To be even mildly successful at affiliate marketing and making money online in general I have had to sacrifice a lot of free time.  Success becomes like an elusive bird that you struggle to catch only to watch her fly just out of reach…and by the time you do catch her…your eye is on another elusive bird just out of reach.

That is the nature of success, fickle mistress that always leaves you wanting a little more.  I want to rein that ambition in and spend time with my family, the ones that are healthy and the ones that are not.  Glass was a bad ass but he always put his family first.

Trying to navigate the waters of the “make money online” space is tricky.  It’s easy to be distracted by the next cool thing.  It’s important to ask questions like, “What is the science of this thing?”  “How does this connect to money and do I understand it?”  And then once you make a decision, it’s important to move with confidence and have faith in yourself and your vision.

As someone who is trying to make money online and is guilty of trying to put myself on an island all the time, it is an important lesson that to survive and to thrive it is important to network with my peers.

I have found that whenever I apply focused strategy in my business and then see it through to my vision, regardless of what anyone else thinks, I generally win.  It’s a valuable lesson to take to heart.

Anyways, those are 5 things that I really took away from The Revenant, after watching it once last night.  It was an astounding movie in its storytelling and its realism.  I think pretty much anyone could have a takeaway from a movie like this.  But I took away these 5:

Great lessons for anyone looking to make money online to take to heart.  In my opinion there is no easier more sustainable way to start doing that than by mastering the fine art of affiliate marketing.  My new course Affiliate Rising is designed for beginners, it’s 5 steps and it will lead to you your first 1,000 bucks.  Come with me now…

All that being said, I’m Kam (aka ZeroFatz) and that all I got!

I’ll see you in the next one!

2 thoughts on “5 things I learned about about affiliate marketing from Hugh Glass and The Revenant!”