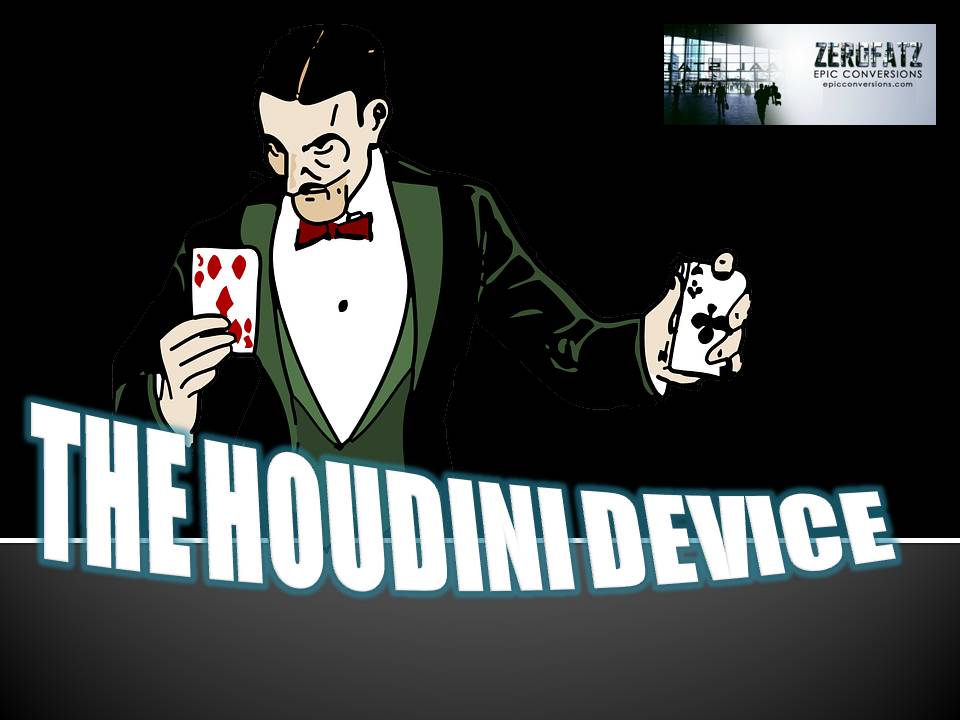 “Someone needs to tell those tales. When the battles are fought and won and lost, when the pirates find their treasures and the dragons eat their foes for breakfast with a nice cup of Lapsang souchong, someone needs to tell their bits of overlapping narrative. There’s magic in that.”   -Erin Morgenstern, The Night Circus

So there’s this guy.  We can call him Jim.  He is bald, fat, and some might even say lacking in the personal hygiene department…probably not to his face though (bastards).

Now Jim is an ambitious man.  He is striving to be an affiliate marketer in the weight loss space.

I mean…affiliate marketer sure…but weight loss?  Come on.  Jim weighs 500 pounds.  That seems a little strange.  He is hardly an expert on weight loss.

This guy knows more about how many grains of red sand litter the Endurance impact crater on Mars than he does about knocking pounds off (and he doesn’t know much about either to be honest.)

How is he ever going to get anyone to take him seriously when it comes to buying weight loss products?

He would have to be an absolute magician…maybe even wizard to get someone to buy ANYTHING that HE is selling related to weight loss right?”

…no help is the wrong word.

Jim felt like it might INSPIRE him to lose weight if he really entrenched himself in this niche and tried to promote products related to something that was important to him (even though he was no expert by any means).

So now we come to the everyday life of ALL entrepreneurs…

THE PROBLEM AND THE QUESTION!!! (que dramatic music please)

How does Jim, who is obviously overweight and knows nothing about weight loss, gain credibility with people who want to lose weight and ACTUALLY inspire them to buy weight loss products?

How does he do it?

He would have to be an absolute magician…maybe even wizard to get someone to buy ANYTHING that HE is selling related to weight loss right?”

Jim has decided on the weight loss niche and he is resolved.  What he does next is find a product to promote.

Now Jim knows that he has ZERO credibility in this niche so he’s got some work to do.  He picks out a low impact walking course on clickbank and gets his magical affiliate link.

He goes through the course until he understands exactly what it’s about.  The methods it’s teaching and the main benefits it’s going to provide to his customers.

He takes a few notes.

He takes a few notes on that too.

Then he reaches out to the product creator on facebook and by email, congratulates him on a great course and lets him know he is considering promoting the product to his audience and he just wanted to say thanks for putting out a great product.

In short, Jim is not just promoting here, he is playing the long game.  He is starting to build a network of people who sell products in his space.

Jim has a goal to sell this product and to do so he has studied it and its creator, like a hunter studies its prey.

Ok so our man knows this product pretty good now.  He knows what it does to help people and he knows how.  He also knows the story of the product creator and he has reached out to him via social media.

Jim has no credibility.  He is a fat, middle aged, balding man.  Nobody is going to take his word for anything that might help them lose weight.

That’s ok because he knows that this product helps people lose weight by getting them to walk regularly, essentially.  Now the course has all kinds of little tricks and intricacies that are really going to add benefit to people who are going to lose weight trying to walk, however…

At its core it is teaching people to lose weight with walking.

So Jim goes to the internet.  It’s research time.

Jim is looking for about 3 stories of people who have had amazing results losing weight by walking.  Jim wants to tell their story in his marketing.

Basically, he wants to find someone who has had a lot of success losing weight with walking and convey their story.  He is going to use their name, and maybe even talk about how he learned about this story.

Jim is going to be the storyteller.

Well, as it turns out the internet has NO shortage of people telling their story about weight loss, so our man Jim finds his three people who lost weight with walking pretty easy.

Okay cool.  Jim now has some results.  He borrowed them but that’s ok.  They are results just the same.

Now our man is no idiot.  Maybe Jim has a weight problem but still…no idiot.  He knows that these stories are cool but still…he needs to bond with his audience a little bit.  He needs them to actually trust HIM, not just these random people’s stories.

So while he is telling these tales of motivation and results he is sort of giving his opinion on what is happening, like commentary.  He’s weaving his own story in there a little bit as he tells it.

What do I mean?

Sarah started walking to lose weight after her grandmother died.  It completely inspired her and she considered it the straw that broke the camel’s back.  I think that is awesome.

I can completely relate to her because the whole reason that I have decided to write about the weight loss niche is because I have struggled with weight loss for so long.  It’s something that I want to defeat once and for all…

Anyways, Sarah started walking 7 days a week for an hour a day.  She would walk in the morning and blah blah blah…

You guys get what I’m saying.  Jim works himself into the story.  By doing this, Jim is letting his readers get to know him as a person.  He is bonding with them.  It builds incredible loyalty and trust with your audience if you do this regularly.

One rule here and you must never break it.  Don’t lie to your audience.

If Jim were to lie and say HE actually lost all that weight it would inevitably destroy his credibility and shatter all the trust that he has worked so hard to attain.

Alright, so Jim has worked himself into his stories and it’s all coming along pretty good.

Here’s the thing.  Jim has known a lot of people in his day and if it’s one thing he has learned about them it’s that they all have ONE thing in common.

They all care more about themselves, generally, than they do about anyone else.

And that’s okay.  Knowledge is power and Jim is going to use this knowledge to his advantage in his promotional efforts.

So as he is telling these stories of people who have gotten weight loss results by walking he is being careful to talk about what they did in sort of a step by step linear fashion that could be followed.  Essentially he is teaching his readers as he is telling the story.

But now comes the part where he wants to make it about the reader.  His audience.  Our man wants to appeal to that part that lives in all of us that really wants it to ALL BE about us.  Our inner Narcissist!

How does he do it?

Well it started with telling those stories in a way that would allow people imitate the success.  Nice and linear stories that flowed in steps.  “First he did this and next he did that” kind of stuff.

Next though Jim really turned the focus on the audience and he started talking about the problems and adversity that the readers will have to face when they try to accomplish the same thing the hero’s of the story accomplished.

Essentially, he separates the reader from the hero of the story by saying that they were able to overcome some pretty crazy stuff to achieve those results.

That’s not to say that anyone couldn’t achieve the same success…just that they are going to have to find a way to overcome this, this, this and this to get there.

Our fat, bald friend goes back the product sales page.

Any product sales page that is worth a damn has problems that people are facing and are going to have to overcome.  ALWAYS these problems are solved by the product that is being sold.

So big Jim uses those problems. The work has been done for him here.

And now we come to the finale of this promotional strategy…

Jim has found that in this business of affiliate marketing, he doesn’t want to be indirect.  In fact, he kind of despises indirect people.  It’s almost like they are trying to trick you…

Jim wants to tell people what is on his mind.

So after the stories and mixing himself in and then really turning the attention to his readers, he wants to sell them something.

Folks, I have showed you 3 separate cases of people who have achieved amazing results using simple walking strategies for losing weight.  We know it doesn’t have to be hard.  We also know that to do this you have to overcome some obstacles.

John Smith is another guy who also faced adversity and lost weight using a very special walking strategy.  He actually lost over 90 pounds using this strategy and, honestly it really inspired me.  But he didn’t stop there.

John made it his mission to help others lose weight as well.  He took his strategy and wrote it all down.  What he did, how often, all the tricks, details, and secrets…all wrote down in one simple 10 step program.

He calls it “Low Impact Walking for Weight Loss Bosses!” and I want you to check out his story HERE!

Jim was a 500 pound, bald, middle aged guy who wanted to affiliate with a product that was in a niche that he CLEARLY had no expertise in and was not a credible authority.  He was successful by using the following 5 step strategy that I hereafter shall refer to as The Houdini Device (because everything is cooler with a neat name)…

Step 3: Mix yourself in

Step 5: Everybody loves a good pitch

The Houdini Device is a strategy by Kam Jennings (aka ZeroFatz) that is designed to help new affiliate marketers who have no credibility or authority in a niche, sell products.  It is a simple 5 step idea that can be applied to video, audio, eBook, blog post, or any other type of media that you can utilize.

If you find this strategy useful make sure you check out Affiliate Rising, my course that is built for beginners in affiliate marketing to earn their first 1,000 bucks.

That’s all I got for now!  Good luck to you in all your ventures and I’ll see you in the next one…

[Jim is a fictional representation of a few people that I have known.  He is not a real person.  I used a story here to explain the Houdini Device and how one could use it to succeed.]